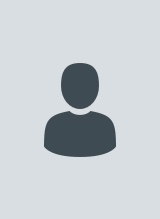 Zlata Đurđević is a full professor at the Faculty of Law, University of Zagreb, where she held the Chair of the Department of Criminal Law since 2007. She completed her PhD by the thesis “Criminal Law Protection of the European Union Financial Interests” at the Faculty of Law in Zagreb, in 2003. She passed the state bar exam in December 1994, upon completing judicial internship at the County Court in Zagreb. Special areas of her interest include criminal procedural law, European Union criminal law, human rights and mental health law. She is fluent in English and German, and has a passive command of French. She was awarded several international academic grants, including the German DAAD Grant, the Austrian OeAD Grant and the Fulbright Scholarship. She is the Vice President of the Croatian Association of European Criminal Law, a member the Managing Board of the Croatian Association for Criminal Law Sciences and Practice (www.pravo.hr/hukzp) and the European Criminal Law Academic Network Contact Point for Croatia (ECLAN, www.eclan.eu). She is a member of the Croatian State's Attorney Council and of the Asylum Commission of the Republic of Croatia. Currently, she is the project manager of five scientific research projects.
She has been a member of the Executive Committee of the International Association of Penal Law (AIDP, www.penal.org) since 2009. She spent the 2009/2010 academic year as a guest lecturer at the University of California, Berkeley, USA. She spoke at over thirty symposiums and conferences in Croatia and abroad, as well as published five books and over thirty scientific papers in Croatian and foreign publications.