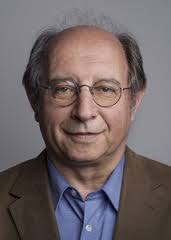 Božo Kovačević completed his studies in Philosophy and Sociology at the Faculty of Philosophy in Zagreb. He was a Member of Parliament, Minister in the Croatian Government and the ambassador in Moscow from 2003 to 2008. He is one of the founders of the journal Gordogan. Since 2010, he works as a lecturer at the College of International Relations and Diplomacy Dag Hammarskjöld in Zagreb and a columnist for the political magazine Telegram.

The main obstacle to the adoption of a globally binding document to regulate behaviour in cyberspace, especially in the rules of cyber warfare, are the differences in the approach to the problems of cyber space between the US and China. While the US declaratively supports the open Internet,  at the same time it is developing defensive and offensive capacities  in cyber space, that is being  defined as a fifth domain of warfare. China is committed to the concept of cyber sovereignty and criticizes the United States because of its double standards.
It seems that only after the probable establishment of the tightening cold war relations that could pave the way to conflicts in other domains of warfare, the conditions will be created for agreements comparable to those between the United States and the Soviet Union on the limitation and control of nuclear weapons.